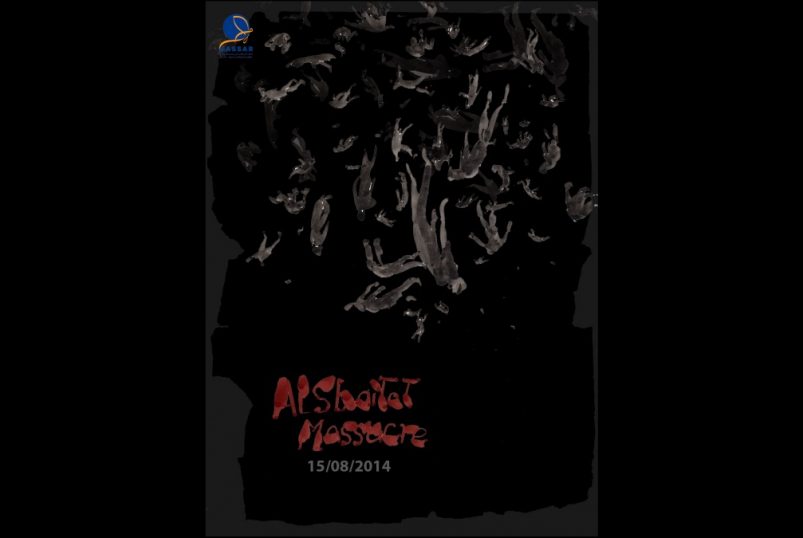 This massacre is considered one of the largest massacres committed by the organization in Syria; the number of victims is estimated between 1000-1200 martyrs. To this day, there is no accurate documentation of the number of victims. The organization targeted the clan’s members for more than a week, extending from approximately the eighth of August to the fifteenth, against the background of their resistance to the organization and their rejection of its authority in the villages of Gharanij, Al-Kashkiyah, and Abu Hamam.

The clan fought battles against the organization, sparked by incidents of arrest and liquidation that affected some of the clan’s members which led them to uprise against it. This prompted the organization to issue a fatwa of apostasy against the clan as a result of its refusal to pledge allegiance and acquiescence to it. Despite the fierce resistance of the clan’s members, the organization was able to defeat it and impose its authority on its areas, liquidating its members and burying its victims in mass graves that were recently discovered, including children, women, men and the elderly. The organization also confiscated the clan members’ property, looted their homes and forcibly displaced them outside their areas.

The Al-Shaitat clan incident is one of the most important examples of the local resistance against the organization, its authority, and its violations against civilians, and one of the most egregious tragedies that the organization has committed against Syrian civilians. To this day, there are hundreds of families who do not know the fate of their children and are waiting for answers to their questions about what happened with them. They are also waiting for justice and accountability for those responsible for this massacre. On the seventh anniversary of the Al-Shaitat massacre, the coalition of families of kidnapped persons by ISIS wishes mercy to the souls of the martyrs and solace to their families.