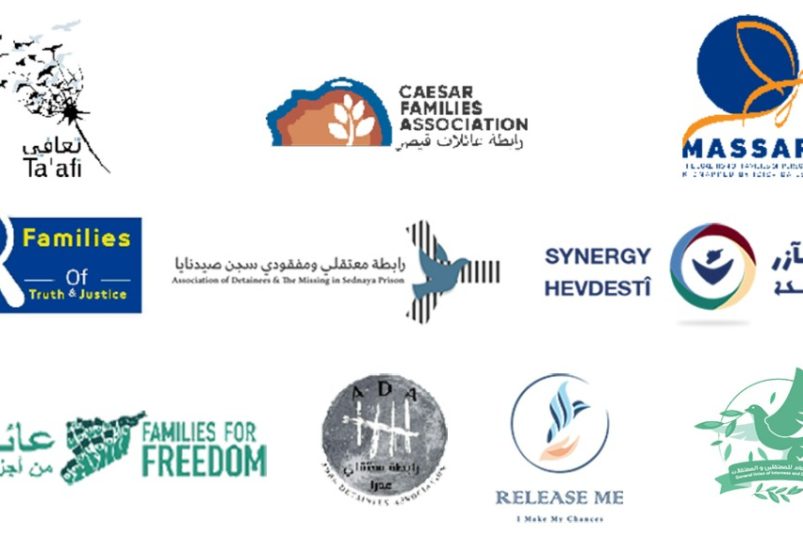 The United Nations Secretary-General has conducted a study on “how to bolster efforts, including through existing measures and mechanisms, to clarify the fate and whereabouts of missing people in the Syrian Arab Republic, identify human remains and provide support to their families, in consultation with the Office of the United Nations High Commissioner for Human Rights and based on the recommendations of the Commission of Inquiry, with the full and meaningful participation of victims, survivors and their families and in consultation with other relevant actors,” in accordance with paragraph 64 of the United Nations General Assembly Resolution 76/228 adopted on 24 December 2021.

The undersigned victims, survivors, and families’ associations welcome the recommendations made by the report released by the Secretary-General on August 30, 2022, which include a proposal for a new international institution on missing persons in Syria, and regard that as a crucial step toward revealing the fate and whereabouts of the missing and forcibly disappeared in Syria.

The aforementioned resolution and report were the result of an advocacy campaign led by Syrian victims’ associations. The campaign began with a study commissioned by the members of the “Truth and Justice Charter” under the title “Humans Not Numbers: The Case for an International Mechanism to Address the Detainees and Disappeared Crisis in Syria,” which recommended the creation of a mechanism to reveal the fate and whereabouts of the forcibly disappeared.

The signatories of this statement particularly commend recommendation in para 90(e)(iv) of the Secretary-General’s report, which urges member states to “Consider establishing through the General Assembly a new international body, to work in cooperation and complementarity with existing mechanisms… This body should have a structural element that ensures that victims, survivors, and their families – as well as women’s organizations and other civil society organizations – may participate in a full and meaningful manner in its operationalization and work”. As it reflects the will of the victims’ associations.

The victims and families’ associations demand that member states show their full support for the Secretary-General’s report and take all the necessary steps to realize its recommendations. This includes creating the aforementioned institution expeditiously through a resolution during the 77th session of the General Assembly, providing its support to such institution, and in order to maintain the good practice seen in the process of conducting the study, ensuring full and meaningful participation of the victims, survivors, and their families.

The continuation of the status quo and ignoring the recommendation of the Secretary-General regarding the creation of a new and special institution to address the crisis of the missing in Syria would greatly undermine the rights of the victims, including the families. The signatories cannot accept anything less than what is recommended by the report.

In conclusion, the signatories wish to express their gratitude to his excellency, the United Nations Secretary-General, the Office of the United Nations High Commissioner for Human Rights, the Commission of Inquiry on the Syrian Arab Republic, and all the Syrian and non-Syrian individuals and organizations, as well as the states that have supported the justice efforts in Syria that led to the publication of this crucial report released today.