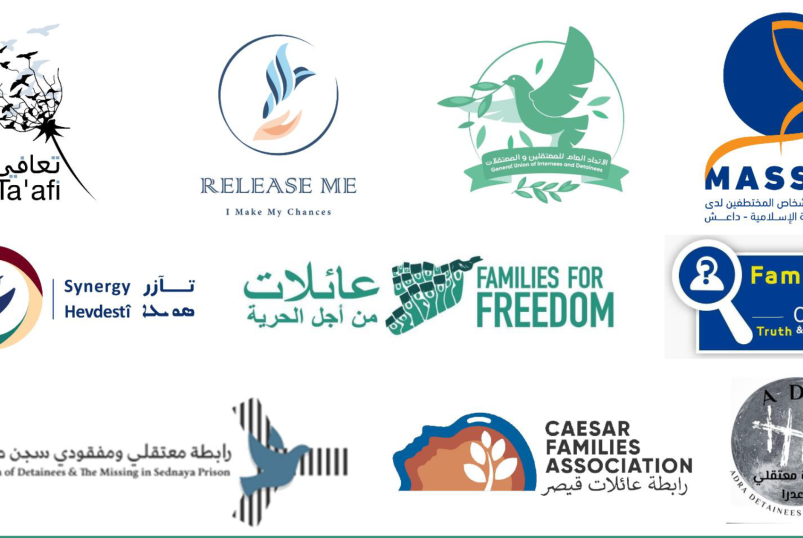 The few past years witnessed a tangible progress in the importance of our role as family associations of victims and survivors of enforced disappearance, arbitrary detention among other degrading treatment in Syria, as well as a progress in our ability in leading work on the level of such issues and keeping them as a priority in the complicated Syrian file.

During the last months, our associations have taken part in the majority of the coordination work, unifying efforts and visions led by “Truth and Justice Charter”, launched in February 2021, by Ceasar Families Association, Families for Freedom, Coalition of Families of Persons Kidnapped by ISIS (Massar), Ta’afi Initiative, Association of Detainees and Missing Persons in Sednaya Prison.

These efforts have yielded positive outcomes, reflected in the file of detained, forcibly disappeared, and the abductees, notably in regard to the campaign to push for the establishment of an international, independent, comprehensive mechanism for the missing persons in Syria. These efforts have also restored the international community’s attention to reconsider the issues of the detained, forcibly disappeared and the abductees and helped to enhance the centrality of the role of survivors and victims and their families. Not only in considering these big issues in the Syrian context, but also in developing solutions and visions to address the challenges imposed by the reality of the recent years.

“Truth and Justice Charter” is an umbrella for mutual demands and visions that connects the associations adopting it under the principles of independence, inclusivity, transparency, impartiality and non-discrimination among victims based on their identity, type of violation, extent and scale of suffering or the party behind the violation. The charter also provides an advanced model in representing victims, survivors and their families by themselves and works to uncover the truth, ensure justice for the detained, forcibly disappeared and their families and hold the violators accountable, as it is the cornerstone of achieving sustainable peace in Syria. The charter aims to be a reference and a strategic vision available for all stakeholders, human rights organizations, policy makers and decision makers involved in such processes.

On the backdrop of the increasing joint coordination among our associations under the umbrella of the charter and the development of interrelationships and common vision, the five undersigned associations declare their adoption of the vision of the “Truth and Justice Charter”, as well as their commitment and pursuit for justice based on victim-centered approach in Syria. Thus, extending the umbrella of the charter to include 10 Syrian victims’ associations.

The signatory associations are:

1. General Union of Internees and Detainees

5. Families of Truth and Justice