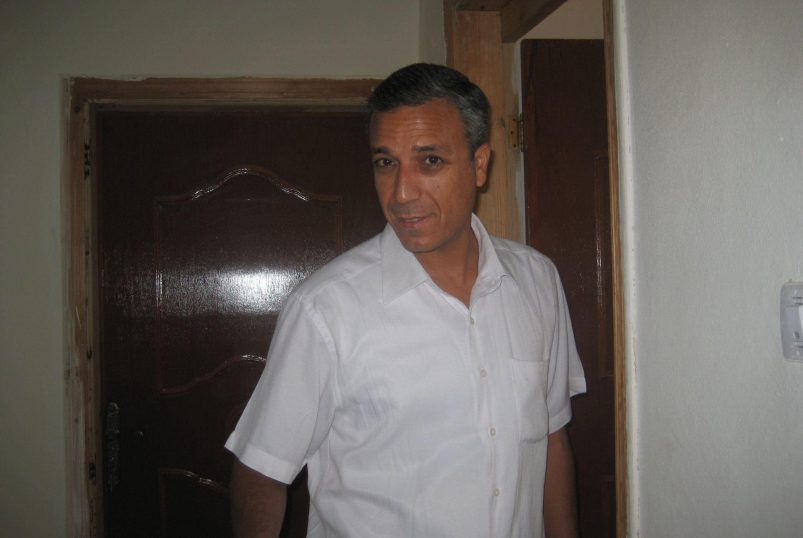 The disappearance of a loved person without knowing his/ her whereabouts or fate makes our lives an open solace. Mourning puts ends to sorrows and expectations as well. What is the situation like when a mourning house is not erected to announce the completion of loss, where relatives and friends gather to console you and relieve you of your great affliction. There is no mourning clothing to be worn so that they train our souls to get used to loss, mourning lessons that put out the scorching fire inside your heart, or even a caring hand patting your shoulder. Time passes without caring about you; fate does not leave you a chance to pick up your pain. A kid grows up, a traveler returns, boys succeed in their studies, an old man dies, a patient recovers, years pass, but only losing someone we love continues to dig and deepens the pain that does not change, stop or ends up, as if it is a black hole swallowing life’s energy and joys.

Since our first meeting I have known that he is the partner on which my heart will lean until the end of the path. Some may see that the period of time that Firas and I shared as a couple is short, but I believe that relationships are not measured by time, but rather by what you leave in your soul and mind. To this day I bring back my memories shared with that man who was self-possessed and as calm as a breeze; The man who imposes his respect wherever he goes. It was a three- years marriage, interspersed by two arrests by the regime and a dismissal from job as a punishment for participating in organizing the peaceful movement at the beginning of the revolution. He was threatened by the regime’s men with a bullet in one of the dark side streets. Then, he made his decision to leave Raqqa towards the liberated Tel Abyad and continue his activities from there.

Firas Hajj Saleh (1972), father of one child (Ibrahim), is the younger brother of eight brothers and one sister. His family is opposed to the Assad regime, father and son. He lived through the period of detention of three of his brothers in the 80s, as well as the continuous raids of the family home and the repeated summons to investigations, surveys, and semi-monthly security studies. He was eighteen years old when his mother died of torture and coercion over her children, who were imprisoned in the tyrant’s prisons. Firas did not have any movement activity before the outbreak of the Syrian revolution, but he was standing in opposition to the tyrannical regime; As soon as the revolution took place, he was among the first to coordinate and participate in the demonstrations, and provide assistance to the displaced: food supplies, housing, and gathering necessary supplies. He was not alone, but altogether with dozens of his companions among whom were young ladies and men from the city.

On the same day the liberation of Raqqa was announced, Firas returned from Tal Abyad, inspite of the aerial bombardment and missiles falling on the city. Soon the family home became a meeting place again for coordination, planning, and conversations that continued until late at night every day. It was only a short period of time that the features of the “ISIS” organization began to appear and take shape. ISIS, then, began to impose itself on people and control their lives; the voices of its followers prevailed in the city. Firas’ attitude towards the organization was clear from the start. He participated in sit-downs and demonstrations that roamed the city denouncing the actions of ISIS, and he also explicitly called for resistance to the organization on his Twitter and Facebook page. One day he came to tell me that he had been threatened by ISIS to death or to leave the country within a week. I begged him to leave, fearing for his life. Then he decisively said to me “This is my city, which I will not leave to strangers, and I have the right to stay in it.” It was only five days until the organization carried out its threat. It was on the night of July 19, 2013.

The news came to me like a thunderbolt. Soon, the news of kidnapping Firas spread through all social media pages, and soon the invitation spread at the same hour for a sit-down in front of the ISIS headquarters. Therefore, the family and friends gathered there. The stand continued until dawn, but the organization denied the presence of Firas in their jails. I started searching for my husband in the headquarters and agencies of ISIS. I asked many notables and officials, all of whom denied his presence with the organization. Three weeks later, I received a phone call from them telling me to sit in the “legal waiting period” because they had liquidated him. I would have collapsed from the news had it not been for my friends assuring me that this phrase is said by the organization to every woman whose husband was kidnapped by them so that she loses hope and stops looking for him. 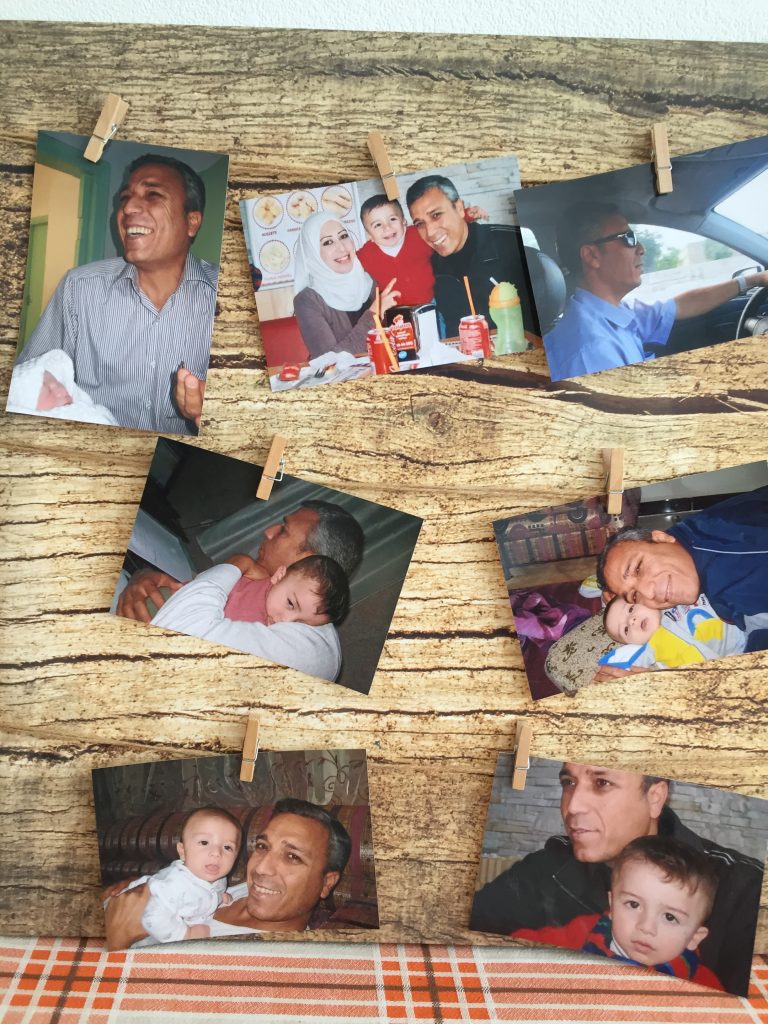 Six months after Firas was kidnapped, a street war broke out between ISIS “and other factions. My sister, my kid “Ibrahim” and I were trapped in the house for three days. After fight was over, ISIS announced its control over the entire city. At that time, I decided to leave the country and go to Turkey. Language fails me to describe the setbacks and disappointments I have experienced over the past eight years. My loss is more than you can write a few lines about. I lost a husband, a lover, and a protector as well. I left my country carrying a two-year-old child in my arms. How can my heart bear our kid’s questions about the reason for his father’s absence? The reason I kept for long until it was time a year ago and I told him the truth. How would I describe how I felt every time my child called out to strangers: “Daddy.” Whenever he heard a group of children calling out to their fathers, his voice would rise above their voices, calling: “Daddy.” No answer for his call, of course. I want to tell you, my love, that our handsome little boy is ten years now, and that he has intelligence and charisma that makes him close to the heart of everyone who knew him. His teacher tells me that Ibrahim is a cheerful and happy child, so I say in secret: “Yes, I did it, Firas.” I protected our kid’s heart from being broken as much as I could. He told me a while ago that he wanted to put his photos of you together in his own room. Of course, I allowed him to do this. We, the families of the forcibly disappeared, are still trying to obtain our rights to know the fates of our loved ones, and we spare no effort to do so. We know that the world does not pay attention to our pains and we know that the road is long but no one is willing to walk down it for us. Eight years have passed now, Firas.