About my son Eissa 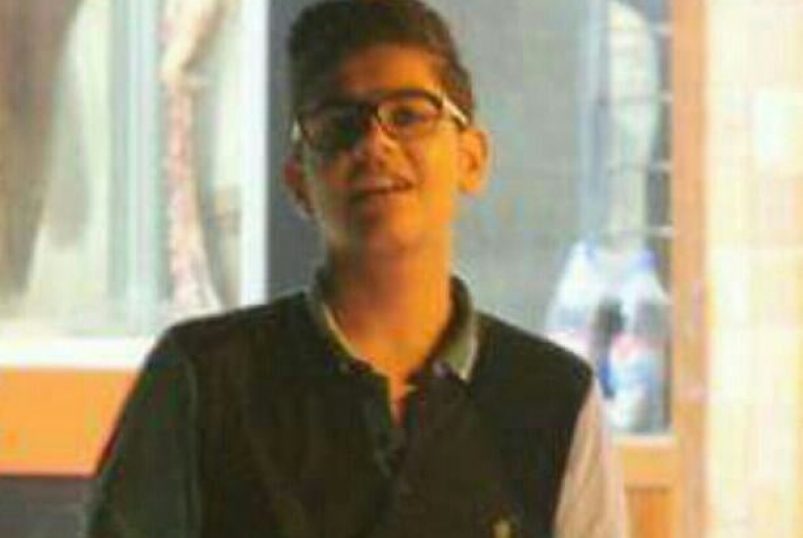 One night Eissa and I stayed up for the first time. At that time, he told me: “Dad, we have a week left to finish the mathematics. Will I take the baccalaureate exam in Qamishli or in Aleppo?”

I told him, “In Qamishli where you will stay in Uncle Abu Angela’s house ; he will take care of you as if I were there, and he loves you.”

I did not know he was saying goodbye to me.

I woke him up and told him: “The Islamic State wants you.” He descended like a tiger and said: “Come in!” And I told them, “I’ll go with him.” They said, “No need; we will bring him back here.”

They were four young, masked men wearing “marines” and armed with Russian rifles. They put him in a white Hyundai taxi, and drove it away. I looked at the sky and said: “Oh, Lord, I let Eissa under your protection, so protect him from these criminals!”

I went to my brothers and told them what happened. I went to our oldest brother in “Al-Mishlab” and explained to him the issue. Our oldest brother called Sheikh “Howeidi” and said to him: “You say to them, get out Eissa or I will go to them in the (palace) of the governorate, and I will only return if Eisaa is with me!”

Sheikh “Howeidi” and I went together to the clan’s office. There, they took information about Eissa. They told me: “Sheikh Huwaidi will follow up the issue; he will take him out and return him to you.”

I have a farm near the city of Raqqa; The farm was inhabited by an Iraqi, an Islamic State member nicknamed “Abu Zaid.” The so called Abu Zayd whose title was “the professor,” holds a doctorate in Islamic jurisprudence from Al-Mustansariyah University in Baghdad, Iraq. The Islamic State had entrusted to him a position called “Grievances of the Soldiers”.

That same afternoon, I went to the farm and told Prince Abu Zaid: “You had given me safety, and today they took me only son.” He said: “I seek refuge in God; I will pray Al-Fajr and I will myself go and bring him back to you.”

A week later, a young man, whose name I did not know, visited me, but his wife later informed me that he was from Al-Raheyat Village, and that the organization had arrested him and that after he had cooperated with them to take revenge on those who wronged him, he was shot in his head at the “Roman Bridge” while he had been going back home. I say, this young man came with a verbal message from Eissa. The message said that he was fine and that the legitimate Egyptian named “Abu Abdullah Al-Sharqi” loved him and pattened his shoulder saying to him in an Egyptian dialect: “Everythng is OK!” The young man added, “Uncle Thursday or Friday, I will bring Eissa back to you.”

A week later, The young man gave me a second letter from Eissa. It said Eissa was afraid he would not be able to sit for the baccalaureate exam. Then, we gave the young man some clothes and pajamas to take to Eissa.

I also saw a Jordanian prince who said to me, “My family is worried about me because I came without telling them and I found that there is no caliphate, which is just a lie. They burnt my passport. I swear to God I will look for your son and reassure your heart.”

On the second day he asked me: “Does your son wear glasses?” I said yes”. He said: “I swear to God I saw him with a group of young men including Father Paulo in a secret prison. But please, don’t say I saw you or even say you saw me to anybody.”

Some friends and relatives got excited and started looking for Eissa, and all of them promised well. One of them helped me meet the chief security commander – known as “Abu Anas Al-Iraqi.” He was a confrontational officer with a nearly disfigured face, the founder of the organization’s security in Raqqa, and one of the bodyguards of Abu Bakr al-Baghdadi. He said to me: “I know you and your son. Once, We have slept on your farm. My brother, your son is alive, and after three days I will get you some information about where he is. Then he told me: “You were about to be arrested three times, and at the last moment every time, we were ordered not to do.” So, I said to him, “Who did order you not to arrest me?” He said, “I cannot answer.” I said, “Why did you want to arrest me?” He said, “Because you hate the state.”

I visisted him again on the last Thursday of Ramadan in the year 2016. He told me, “Eissa is in Mosul, and he is an expert in working on the computer. Don’t ask me anything else.”

There were many rumors about Eissa and the other kidnapped people. one rumor said he ran away with three other people one of whom is a relative of mine who is said to have arrived in Damascus; a second one of the group was said to have drowned in the irrigation canal in “Al-Sakoura” (1) and was thrown by the organization’s operatives in “the Sabaa Bahrat”(2) with words written on his chest: “A dog belonging to  the revolutionaries of Raqqa ”. It is said that Eissa and Basil fled towards“ Ain Eissa. ”

One night, while I was asleep, Eissa came out of my depths to my mouth and cried painfully, “Mama”, and he came back inside.

In the last days of the siege of Al-Baghouz, ISIS offered to the SDF to hand over Father Paulo and 43 people whom they detained in its prisons in exchange for the exit of ISIS princes from Al-Baghouz. The news was broadcast by “Al-Arabiya Al-Hadath” channel only one time. The princes arrived in Turkey indeed. That time, the United States of America offered five million dollars to anyone who provides information about Father Paulo.

While I was searching for Eissa, ISIS members used to tell me, “Your son is a media person.” I respond, “Mention me a channel that he corresponds to, or a magazine or newspaper he writes for.” They also used to say that he was a “secular” ; I asked them: “What is secularism?” They say: “Blasphemy.” They describe anything they do not know “atheism.” Once, they said, « Your son sprayed on the wall the words, “ISIS and Bashar are one.”

My guest on the farm said: “I swear to God, my brother, our brothers in the Levant have refused to give us your son because they consider him a valuable treasure that they do not waste.”

I hope the Americans will open the file of prisoners and all those who were forcibly disappeared in Syria.

As for you, my son, my heart and your mother’s heart are reassured that you are fine, and I pledged my Lord to guide you for the rest of my life, wishing my eyes could see you even if only for minutes. God protect you wherever you are.

In conclusion, when my homeland returns, you will return, son.