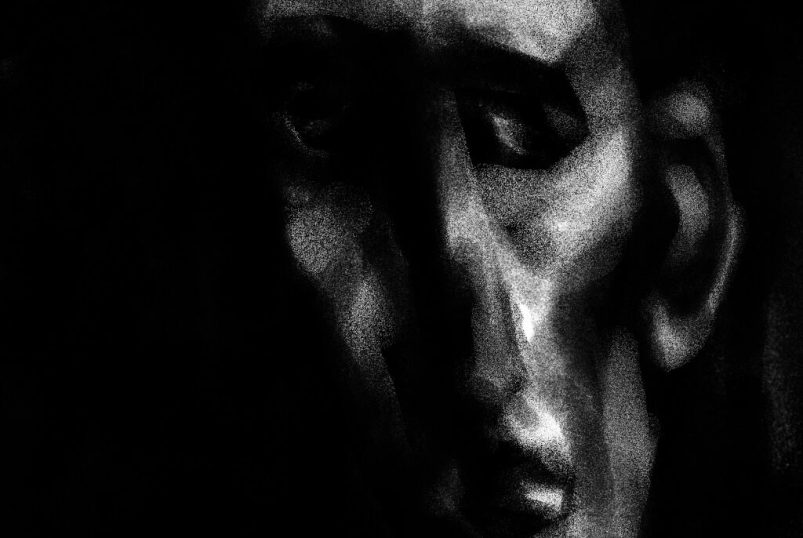 A young man belonging to the “Al-Shaitat” tribe recounts what he saw and experienced of events and situations that took place in his area before and during ISIS control over it.

The Islamic State of Iraq and the Levant (ISIS) occupied the areas of the “Al-Shaitat” tribe for the first time on July 5, 2014. By this date, ISIS had controlled the entire eastern countryside of Deir Ezzor. The expansion of ISIS took place at the expense of the Free Army factions, whose members handed over their weapons and most of them headed to the Qalamoun and Idlib areas. “ISIS” has taken the municipality of the city of “Al-Keshkiya” as its headquarters.

The witness says that the story of both “Al-Shaitat” and ISIS began when the ISIS “harassed the people in the “Al-Shaitat” area on the pretext that they were fighting ISIS in the battles against the Free Army factions. This harassment ended with a massive raid on August 1, 2014, when a convoy of a large number of cars and soldiers entered and raided the city of “Al-Kushkiya.” At that time, “ISIS” arrested more than 40 people on the pretext that they had the intention to fight the state in the coming days.However, there were also isolated incidents that led to fuel people’s resistance to the organization on the one hand, and the brutality it practised against them on the other hand. “ISIS killed a person from Al-Shaitat who had just come from one of the Gulf countries. This man tried to free his brother from the organization’s members who were trying to arrest him, so they killed that man because he resisted them. ISIS members also killed one of my neighbors after accusing him of taking up arms against them.”

Clashes took place that ended up expulsing ISIS members from their headquarters in Kishkiyah, and some of them were killed during the clashes. And this “was the moment of the start of the battle between the members of the “Al-Shaitat” clan and ISIS.

The witness recalls: “The battle lasted for more than 14 days. The members of “Al-Shaitat” were able to resist the organization, though it outnumbered and was better armed than them. ISIS, in fact, had captured all the equipment in Mosul. The soldiers of ISIS set up a cannon on the opposite side of the town of “Abu Hamam” on the other bank of the Euphrates in a village called “Al-Duweir”. This created a state of terror among the people, which led them to flee towards the areas of “Hajin” and “Al-Susah”.

On August 15, 2014, after ISIS was able to fully control the villages of “Al-Shaitat”, the organization’s legislator nicknamed Abu Faisal Al- Kuwaiti issued in Deir Ezzor Governorate -“Wilayat Al-Khair” as named by the organization- a ruling describing “Al-Shaitat” as “the abstaining sect with a fork.” The abstaining sect, according to the classification of the Salafi-jihadi currents, is “any sect that adheres to Islam and abstains from some of its apparent and frequent laws.” This means accusing “Al-Shaitat” of disbelief, and consequently the obligation to “kill every adult person and take their money.”

After that, a large column of ISIS fighters headed towards the “Al- Susah” and “Hajin” areas, in search of any person belonging to the “Al- Shaitat” people. The members of the organization entered a school in the town of “Al-Shaafa”, where several displaced families from ” Al- Shaitat” lived. At that time, they killed a person in front of his father and his family; they cut his head and hit it to the ground.”

On that black day, the members of the organization took away every man they arrested. The number of those arrested amounted to more than two hundred people. All of them were killed by ISIS in “Al-Shaitat” desert and their bodies were mutilated.

The organization continued its daily pursuit of the people of “Al-Shaitat” for three months. Every day, more than twenty people were arrested and killed in a horrific way. During that period, the organization’s members looted all the furniture from the homes of the sons of “Al- Shaitat”, their livestock and also their shops.

More than four months after this date, and after killing more than 1,200 of “Al-Shaitat” men and young men and looting the properties and livelihood of more than 170,000 people, the organization forced the people to provide a military rifle for each house.

The residents of Al-Shaitat returned to their villages on December 16, 2014, and they found many of the bodies of their sons still lying where they martyred, in the streets of the towns and in their homes that they had died defending.