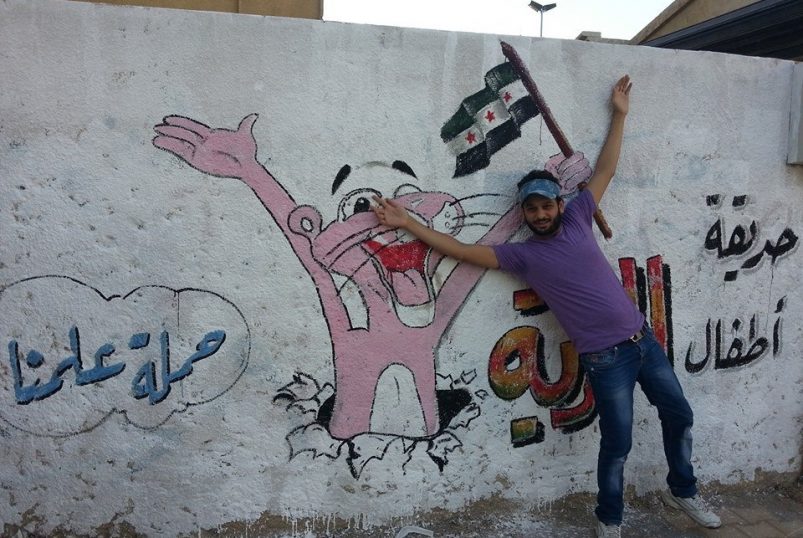 I recall in my memory the events of the early years of the revolution in Raqqa according to the random and strange work of memory. These memories may evoke in my heart feelings of overwhelming joy and pride, such as the memory of downing the statue of Hafez al-Assad by the Raqqa revolutionaries. However, some of those memories evoke only pain and bitterness such as the intensive and random bombing of the city by the regime just after freeing it. This bombing, which caused the majority of the people of Raqqa to feel fear and frustration, inevitably affected me some way, but I was sure of my ability to overcome it out of my great hope at the time for the victory of the revolution and its ability to withstand. However, with my family’s insistence on leaving, I was compelled to leave with them, as at that time no one else was present with them to drive the car to take them to Turkey with some relatives; it was my first migration trip which I always remember with a lot of pain. When I arrived in Turkey and with the news about the bad situation of the city, I fell under the weight of a question that constantly pressed me: “Being one of the cadres of the revolution and one of the dreamers of its victory, how could I leave Raqqa after the victory and raising the flag of the revolution in it?” This question brought me back two weeks later to Raqqa, despite the fear of my parents and my mother’s tears. A year later, with the emergence of the so-called the Islamic State – ISIS at the end of 2013, Osama Al-Hassan, Ahmed and I were one evening having a meeting in the Al-Faradis Cafeteria in Al-Raqqa Governorate, when we got the news that the paper we had previously obtained and containing the names of the people whom ISIS decided to kidnap was real, and most of those in this paper have been kidnapped in order, including Firas Al-Haj Saleh and Dr. Ismail Al-Hamed. We looked at the paper again to see who was next on the list, groping our necks that ISIS was seeking in order, including the most effective elderly people who were occupying a prestigious social status and could inspire the young men dissidents. Among those names was the name of Professor Mustafa Suleiman, the plastic artist who taught me the art of drawing altogether with ethics and the meaning of freedom. We could not convince Mr. Mustafa Suleiman to get out of the city, as he was completely convinced that his departure from Raqqa meant that he could not return to it again, and this was what he used to repeat constantly, which made us (Ahmed, Osama and me) to take him at night by taxi to get him to the border against his will. As for me and the rest of the youth, we stayed in Raqqa, albeit scattered. Meanwhile, there was a strong campaign to change the course of the revolution and turn it from a revolution of freedom and dignity to an Islamic revolution. During that period, most of the young activists in the Syrian revolution were kidnapped, including my friends and colleagues Osama and Hussam Al-Hassan. Moreover, most of the influential people emigrated leaving the field almost empty. At the time, I was a member of “Thawri Anna” newspaper, a local newspaper against the Syrian regime and ISIS. I used to draw some caricatures criticizing the actions and practices of ISIS under a pseudonym, (Al-Mukhtar), in order to avoid a fate of execution in case ISIS knew about me at the time.

A painting from ” our flag” campaign before and after ISIS’s control of Raqqa city.

The features of the city began to gradually change, so the newspaper stopped publishing and ISIS erased most of our paintings that we painted on the walls and replaced them with its extremist slogans, as we could not do anything. We were helpless in front of the armed men who viewed civilians as enemies and understood only the language of weapons. And every day that passed, we lost a new one of the revolution’s youth at the hands of the organization, and during that period, Activist Ibrahim AlGhazi, who was working with us in the “Our Flag” campaign through which we were drawing the revolution’s flag on the walls, was kidnapped. I realized at the time that I had no choice but to escape even though it had become a difficult choice then. As a matter of fact, ISIS took control of the area completely, so that no car would leave the city unless ISIS searched it; staying in Raqqah was impossible because ISIS controlled all details of life in the city. Before I left town, I had to go to one place to do a task that was considered as a suicide task for everyone I told him about. I wanted to rescue the remaining paintings of the cultural center where I had spent part of my life. I did not hesitate to ask my colleagues to accompany me on this mission, but most of them opposed the idea. Only three of them agreed to go with me, among whom are two painters. The only way to get into the cultural center was to tell the ISIS operatives that we forgot some pens, books and tools inside the center and that we wanted to take them back. The Amir wasn’t available that day; just some members of ISIS who were easy to deal with. That was what actually happened. We entered the cultural center; the place was like a garbage dump: paintings that took years to accomplish lay on the ground and torn, and books in every corner with clear traces of stepping on them. we took some pens and were able to take some paintings with them out of their sight. After that, I contacted some friends of the revolution and they told me that they were going with a battalion of the Free Army that would take them to the border, but later it turned out that there was no vacant seat for me in the car, so I had to wait a longer time to arrange my exit. Actually, I was waiting every moment with the fear of the possibility of kidnapping me until the opportunity finally came. My aunt suggested that I go with her and take the identity card of her son whom I resembled. That was what I really did. On the way out, we were stopped by the organization’s checkpoints along the road, and I was breathing a sigh of relief every time we passed one of these barriers without revealing my real identity by them. At the last checkpoint, one of ISIS members was suspicious of my identity, so he took me out of the car, stressing that I did not look like the ID photo. I remained silent and all the passengers were looking at me. After several minutes, I dared to say to the officer, “I passed more than one checkpoint and they did not say this.” Then my aunt intervened, saying: “He is my son, and no one can keep the same face or appearance after all this bombing, destruction and fear that happened in our country.” It was my aunt’sintervention that saved me and allowed me to leave the land of the caliphate in peace, the land where one of the ISIS told me, “You will keep breathing until God gives us control on earth.” I told him, “I am a much simpler person than you think.” I am still breathing, and the organization was defeated. But it left behind the scourge of killing, destruction, kidnapping and displacement. We, the residents of this stricken area, are still suffering to this day. 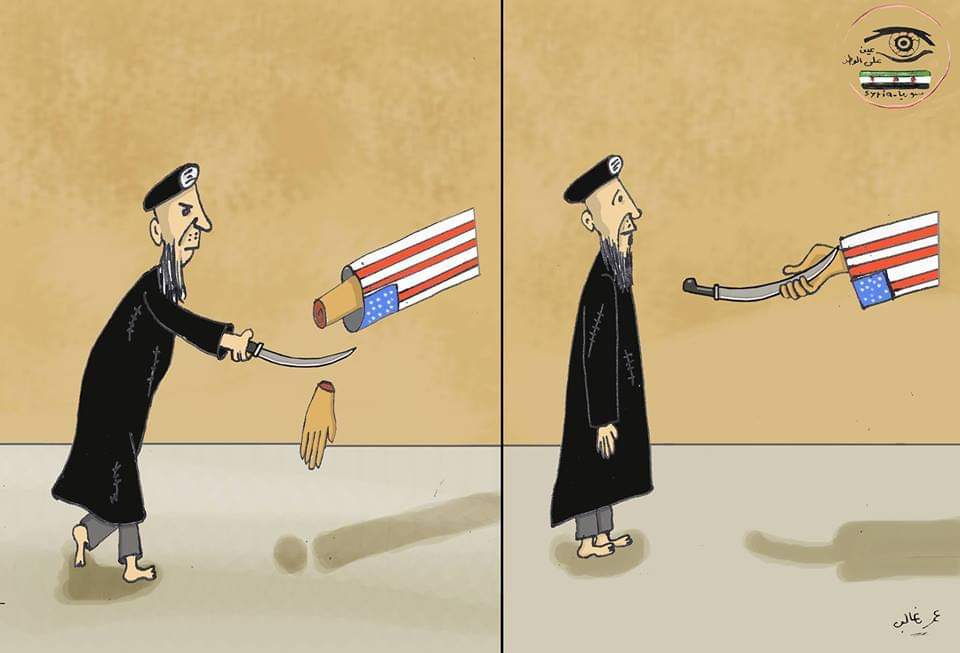 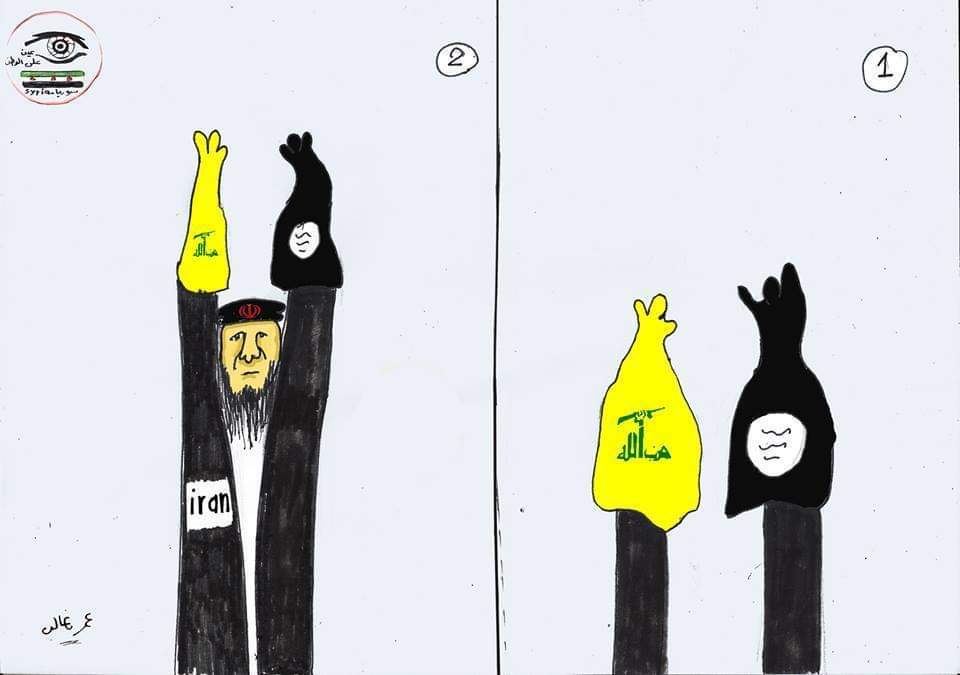